For any business to prosper, smart marketing strategies should be devised and applied in the most appropriate way possible. However, some business owners and managers only focus on popularizing their business’ brands and fail to approach the market in their potential clients’ perspective. Just like other business operations, marketing implementation requires due diligence to achieve its main objective which is to widen the customer base and increase the sales and profitability. Below are three marketing tips that you should avoid at all costs if the core objective is to be achieved.

Focusing on Sales and Popularization the Brand Alone

Well, increasing your sales and popularizing the goods or services is any business’ main goal but should not be the primary focus when carrying out the marketing activities. Focusing too much on the product’s name, features or prices will show the target audience that you are only after selling and making money. Interestingly, most marketing experts and successful businesses focus on the general benefits of using their products or services. You should offer your audience the abilities that your products or services provide in solving their problems as well.

These approaches apply everywhere whether you are marketing via the website or social media platform or by meeting the potential clients on the ground or through other ways such as TV or Radio. In some instances, there are even marketers who provide put forth the shortcomings of using their services or products because let us face it, nothing is perfect. Honesty is paramount while convincing people to buy from your business and you will be shocked by the massive clients you will attract.

This is one of the biggest mistakes that a business owner can make in this day and era. If you wish to spread your business brand much faster and in a cost-effective manner, online marketing is an ideal approach. No business should lack a website where any person wishing to find out about your business can easily get information. You should also open accounts on popular social media platforms such as Facebook, Twitter, Instagram, Pinterest or any other account where you find your target audience. In Facebook alone, there are over one billion users worldwide in which most of them are active.

These efforts should also be accompanied with constant updates and follow up such as engaging your audience on a regular basis. You should create forums and groups as well as update the content on your website on regular occasions. If possible, you can also create videos that you can share online through such platform like YouTube or share on your social media accounts. Where you are too busy to concentrate on online marketing, it is advisable to hire an expert or agency to keep your online presence more active.

Failing to Evaluate or Measure

The only way you can know whether your marketing efforts are working is by evaluating and measuring their performances. You can do this after a certain period such as after a week, fortnight, monthly or quarterly. With online marketing, it is easy to know how many people you have converted by following up through the activities. The performance of other marketing methods can also be measured by use of different metrics based on how many customers they have converted as well.

Evaluating your marketing efforts will enable you to determine whether they are working or need improvement or even change. Marketing is an investment and failing to determine its ROI (Return on Investment) can reflect on the overall profitability or growth of your business.

The above three marketing mistakes will have a great impact on your business growth and profitability objectives irrespective of the stage of your business and should be avoided at all cost. 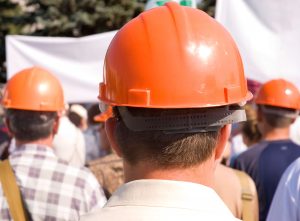 It is voluntary for a worker to join union or not but what it brings to the table is the right to bargain or negotiate collectively. It ensures that you are not victimized in your organization, as you are not the sole individual, who is fighting for his/her right. Sometimes you might have no preference in this regard.

Labor unions or trade unions are specific type of recognized organization in an industry with common interests, which collectively puts effort for pay parity, working environment, hours of work and other benefits. Unions act as the medium between the worker and management, thereby settling the grievances of the workers.

It was way back in 18th century, when the need for trade unions was first felt in Britain following rapid expansion of industrialization. In 1799, Combination Act was enacted and passed to nullify the collective bargaining by the British workers. Around 1810, the first labor organization was formed together to bring the workforce of varied occupation under one umbrella.

Benefits of Unions over Non Unions

Everyone wishes for a job, where he is ensured that he will not be asked to leave for illogical reasons. Non-union workers are hired at will and can be fired at will. A worker can be easily discriminated on the basis of region, religion or caste. You can’t raise your voice against any such discrimination, as you will be asked to leave without any explanation.

The settlement between a union and the management fixes the career growth of workers in an organization, i.e. certain promotions after achieving fixed years of experience and attaining certain qualification. For non-union workers promotion changes are only at the mercy of their seniors or management.

Owing to better negotiations backed by support of its members, unions discuss each point of wage settlement with great fervour and tend to approve good wages for its members. According to U.S. Bureau of Labour Statistics, the average income of union worker was $ 917 against wages of non-union workers at $717.

According to a survey conducted by U.S Bureau of Labour Statistics involving 101 million private industry workers and 19 million government employees 93% of unionized workforce were entitled to complete medical benefits against 69% for non-union workers, that too only for restricted medical benefits.

Demerits of Union over Non Unions

For some workers fixed wage can be a boon but for aspiring workers, who work with more dedication and passion, it can lead to demotivation and overall loss.

With their stubbornness towards improved methods of production, they have retarded the nation’s progress and reduced its income.

It is often seen that, the union leader call for strikes on flimsy issues for personal benefits leaving all the workers and organization in jeopardy.

1. Minimum Wage may be defined as the lowest wage necessary to fulfill a worker’s basic necessities to maintain minimum level of subsistence for his family, which includes food, clothing and shelter.Under non minimum wage system, a worker works under the discretion of its employer.

3. Such kind of agreement tends to diminish chances of discrimination in wages because of favouritism.

5. Employers with high values are protected against understating done by competitors with low standards. 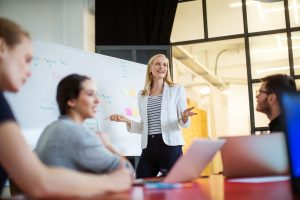 When the popularity of television, newspapers and radios are going downhill while social media rises, it should come as no shock that the world of marketing strategy is changing. And it’s doing so fast.

The old ways of getting awareness from your target audience are lessening in effectiveness and new methods will have to do as many people already have adapted to a new format for information; the internet, where anyone can share all kinds of information and media.

The internet, imitating a false utopia for the marketer, gives everyone the opportunity to share their products and services to the whole world, but in the end the illusion shatters in a downpour of endless content where only the either big or smart will stand out.

So how do you reach out to your target market?

First of all you will have to know who you will be selling your product or service to and where they will be able to hear you. What’s the average age? Is it for professionals, hobbyists or amateurs? Are they part of a subculture? Where are they located? Do they use the modern source of information or the old fashioned one?

Once you know who you are targeting, you will have to figure out how they can be convinced to choose your product/service and how to reach out to them? You have to start developing and implementing tactics so you can finally drive traffic to your business.

Identifying your actions and tactics will turn your planned strategy in to real life. You just have to know the 4Ps of marketing: Product, Price, Place, and Promotion and you’re good to go.

· Product – if you know your product well enough, then finding a way to market it won’t be a problem. You have to find the strength of your product and which parts of it make you stand out. From then, you’ll be able to move forward.

· Price – are your prices worth the quality of your product? If so, start off with a promo where people can experience a bit of your product just to cause an awareness of how the value of products can be worth their price. If your company offer services to young adults, go for something that can be of their budget where it’s a little tight as some are still studying while others are struggling in finding a job. It may be a critical part, but choosing the right prices for your products can definitely garner more people to your business both in profit and good customer relationship. Another way you can promote a product is by giving away corporate promotional items to associates, colleagues, clients, and friends in order to get your product out there and have more people notice it.

· Place – whether you have an actual store or an online shop, go for an area where you can access your target market easily. Like if you sell clothes to youth, go for the mall or create an online shop. It’s where most of them spend their time and it’s best to adjust with it as well. If you find the perfect spot, you’ll just eventually make a name out of it.

· Promotion – It’s all about getting people’s attention. Without promotions, people wouldn’t know you exist. Without the people, it’s a big loss for you. Whether it’s a discount in a restaurant, a 50% off sale on clothes, a speed dating event, there are a lot of different ways to promote it. You can go for radio, television, newspaper, magazine, or the cheapest one, social media. Once you’ve caught a couple of people’s attention, the word of the mouth will do the marketing for you.

It is essential for your marketing strategy’s success that there’s good market research, as well as good understanding of your own company. Without marketing your business will fail.

Creating a marketing strategy may seem easy to some, but it is in fact very critical. You will have to dig deep in to it for you to reach your objectives.